We live in the future. Our medical understanding is progressing by leaps and bounds every day, we are reaching further than ever into the depths of space, and every year brings new discoveries of species and better understanding of the world we live in. But for most of us, the evidence that we live in an age of wonders is clearest in our own homes.

Smart home automation is a growing industry with some very cool potential. But surely the average Joe on the street can’t afford a vacuuming robot or an oven that cooks dinner for you. Read on to learn a little more about home automation devices and how much they cost.

What Is Smart Home Automation?

Even if you’ve heard some about smart home automation, it can be hard to keep up with everything that falls under this umbrella. Smart technology is an industry that is growing at an astounding rate, and it seems like every day, there’s a new smart device out. So what exactly does smart home automation involve?

In short, smart home automation encompasses any system that learns from your patterns and automatically takes care of routine tasks, such as turning the thermostat down before you go to bed. It can also include devices that you can control remotely, such as lights you can turn off from your phone. The idea is to remove you from having to physically take care of something in your home.

Smart thermostats have been at the forefront of the smart home movement since its beginning. After all, in most cases, it’s a simple matter for an artificial intelligence system to learn your temperature patterns. Most people want more heat or air in the mornings and evenings while they’re active around the house, and less during the day and at night when they’re at work or asleep.

As will be the case with many of these smart devices, you can spend almost as much as you want to on a thermostat. It depends on how much capability and which features you want from your thermostat. Generally speaking, smart thermostats run between $130 and $250. Read our in depth comparison of the best thermostats right here.

Smart locks are another popular device in home automation plans. How many times have you gotten to work or gotten in bed, only to have the lingering doubt, “Did I lock the front door?” Smart locks allow you to lock or unlock your doors remotely, which is useful in a whole variety of scenarios.

Your cost in the smart lock department will depend on how many locks you want to put around your house. If you only want one for the front door, you’re looking at somewhere between $100 and $350. But if you want one on every exterior door and one on your teenage son’s bedroom door, you should budget more in that department.

For those with children or who live alone, the smoke and carbon monoxide detectors may be on the top of the list of appliances to get an upgrade. Smart detectors will send an additional alert to your phone (or a loved one’s phone) if they pick up on dangerous substances. If you’re away from home a lot, or if you have an elderly loved one who lives alone, these devices can bring a huge sense of security.

Some of the swankier smart smoke detectors can also monitor carbon dioxide levels in the house. The lower-end models may have some flaws when it comes to differentiating smoke from steam (say from a shower), but the technology in that department is getting better every day. Most smart detectors will cost between $40 and $230.

Once again, the amount you spend on your smart security system will depend enormously on how much capability you want. A simple alarm system may only set you back $150 or so. But if you want cameras, motion detectors, night vision, alarms, and all the bells and whistles, you’re looking at at least $1,000.

Everyone has had that night when you’ve crawled into bed, you’re all cozy, and you realize the bathroom light is still on or the bedroom curtains are still open. Nobody wants to get up and take care of the issue, and that’s where smart lights and shades come in. These focus on the remote control aspect of smart home automation, though smart lights also have some fun tricks up their sleeve.

Smart lights and shades are another “the more you want, the more you’ll spend” situation. If you’re just planning to trick out your den with cool party lights, you can get a four-pack of smart bulbs for about $50. But if your whole house needs to be on the level, you’re looking at upwards of $400.

Last but not least, kitchen appliances have some of the coolest smart capabilities on the market. Recipe developers are starting to build in the ability for their websites and apps to talk to your oven so all you have to do is mix up the ingredients and stick them in the preheated oven until your oven tells you the food is done.

That’s to say nothing of refrigerators that keep a running inventory of your grocery stock and dryers that prevent your clothes from getting wrinkled.

Smart appliances are on the more expensive end of the home automation market. Granted, these are expensive machines anyway, so the price you’re paying for the extra capability (come on, a fridge that keeps track of your grocery list?) isn’t that huge. But if you want one of these appliances, you’re looking at $1,000 to $2,000 pretty handily.

Get a Guide to Smart Home Automation – Z-Wave Zone!

The world of smart home automation is cool, ever-growing, and surprisingly affordable. You can spend as much or as little as you want, depending on your budget and your priorities. Make sure to assess your needs, and you can have a home that works for you without breaking the bank.

If you’d like a guide to the latest in smart home automation, check out the rest of our site at Z-Wave Zone. We’re here to help you through the home automation process and make everything a little easier. 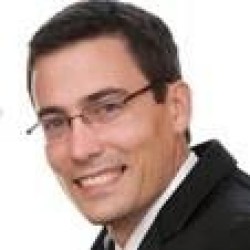 How to Setup Z-Wave Smart Homes From Scratch

I'm a husband, dad and maker, interested in all things creative and constructive. Home automation and smart home gadgets are fun right now, plus arduino, rasp pi, solar heat, and lots of other stuff.

Looking for a Z-Wave Robot Vacuum?

How to Setup Z-Wave Smart Homes From Scratch

Smart Home Trends for 2019 and Beyond

Finding the Best Digital Multimeter for Your Electrical Needs